The Sydney Film Festival has begun!

For a few years now I’ve been dreaming of taking 2 weeks off work and going to every movie I can at the festival. This year it wasn’t going to be an option so I decided to go see as many films as possible in the time I had available. At this stage that means I’m going to go see at least 13 films but that could go up if I figure things out. So far Johnny has joined me for every film and it’s been pretty winner.

Right now I’m five films in and I’m loving it! 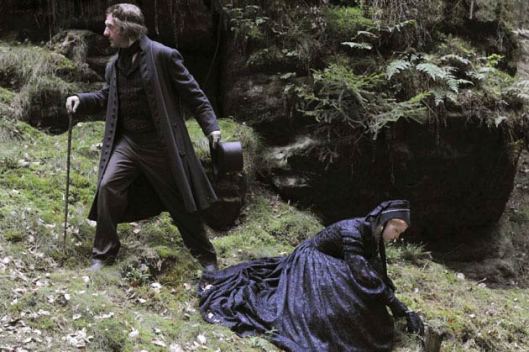 Film one and things started decidedly badly. Someone on Twitter mentioned that this film is the first film shot entirely on instagram, which is probably it’s only redeeming feature. Maybe that and the Art Direction.

The film is a Russian film which is all in German. It’s about a man who sells his soul to the devil to seduce a woman. Which is, I guess, what you’d expect a film called Faust to be about. It’s all set in the 17th century or something. I’m not entirely sure.

The audience of the film seemed to be mainly old people. Probably Greens voters who wear scarfs and watch Q&A. You know the type.

I’m not quite sure how to describe how bad the film was. Most of the dialogue was nonsense but for some reason we almost never saw characters talking. The director thought it’s be better to film people’s feet, the backs of other peoples heads, or something completely different whenever anyone was talking. It’s interesting how difficult that makes a film to watch. Not to mention the heavy handed symbolism that was throughout the entire film. Like the first five minutes which featured a dead man’s genitals, a graphic autopsy, multiple chickens and eggs, a few animal carcasses, and a conveniently positioned stork who kept finding itself in the shot.

And then there was the fact the end of the film just descended into insanity, when Mephistopheles saves Faust from being raped by dead soldiers in purgatory only to be buried by Faust who the runs off across a glacier shouting “Further! Further!” What?

Other highlights included the Satan having a penis on his back and many characters continual inability to walk through doorways one at a time leading to regular traffic jams for no apparent artistic reason.

Happily things improved significantly from there.

This film had a slightly younger, and slightly more Asian audience. Which is understandable because it’s a documentary about Chinese news bloggers. These bloggers try and blog the stuff in China that the government censors out. Like news stories about murders that are covered up, or farmers being forced of their land by sewerage run off from near-by cities, or homeless people being evicted from their places of shelter to make Beijing beautiful.

The doco focused on two particular bloggers a young, fun but narcissistic guy and an kindly, older man who just loves to help people. They were both pretty wonderful characters. The filmmaker did a great job of getting you into the story of the bloggers and not just what they blog and how they do it. I loved meeting the young guy’s overbearing mother and kindly, nervous father. It was lovely seeing the older guy hanging out with the homeless men he found long-term accommodation for.

The film was funny, informative, and inspiring. If you get the chance to see it, see it.

We had a Q&A after the screening with the filmmaker which was pretty embarrassing. Mainly because the people asking the questions seemed to have no-idea what they were talking about. They say that there are no dumb questions, but it’s not true, and handing a mic around a crowd of people will prove it. I think it was mainly old people who got hold of the mic. Perhaps the problem was letting them ask questions that may somehow relate to technology. You know how it is.

This film was a little bit of a worry because it’s the story of two Mexican teenage girls, living in LA who fall in love with each other. I’m not the world’s biggest fan of gay cinema and I thought it might be a but “Rah, rah, gay is great!” Turns out though, it was a pretty good film. It wasn’t preachy. And it wasn’t really pushing a gay agenda, or a Latino (or is it Latina?) agenda. It was just telling a story. The two girls did pretty great jobs in their roles. The writing was spot on and the director managed to bring it all together nicely. It captured the mess of teenagerdom well without being melodramatic, depressing, or too obvious.

We had a Q&A after this film too and it was much better. I think the audience for this one was 80% lesbian (just like me) which makes me think that lesbians are smarter than old people. I’m not sure how smart an old lesbian is. Perhaps average as one cancels the other out. I really liked this director too. She did well.

I love Wes Anderson. His films look great, have wonderfully absurd characters, moments of beauty and real humanity within the craziness. And Moonrise Kingdom is no exception.

Set on a small island, it’s the story of a 12 year-old boy who escapes from his scout camp to meet up with his local pen-pal love while the entire island is mobilised to search for the two. It was wonderful to watch. Often in films like this the adults are the bad guys and the kids are the smart ones. In this, almost all the adults were caring and loved the kids. They were mostly incompetent, but still, lovely.

The movie is very sweet, charmingly funny, and touching in its dealing with issues of grief and loneliness. I think Wes Anderson should have made Faust. He could have made something beautiful, and meaningful without any ham-fisted absurdity.

If you want a really detailed look at Moonrise Kingdom, read Brett McCraken’s blog post. It’s so detailed I haven’t even finished reading it.

If you’re interested in the audience make up for this film it was much younger, lot’s of hipsters, everyone was cool. Except perhaps me.

And that, is Day One. Tune in tomorrow when I’ll tell you about the longest film I have ever seen.

Video of the Week: The Star Wars that I Used to Know

Never miss a post and get a free book!

Join the mailing list and get all my latest blog posts mailed straight to you! Plus you'll get a free copy of my latest book, Talks That Don't Suck. Now that's a great deal!

Thanks for Subscribing! Check your email for your book.

By signing up you agree to be on my mailing list. I promise not to spam you. I'm way too lazy for that.